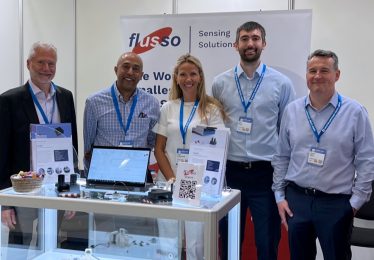 Introduction
There is a new Flusso sensor in town

Several Flusso team members have recently returned from Sensor + Test in Germany where they launched the FLS122 as the world’s smallest air velocity sensor.

In this article, Chris Rosser, head of systems and applications at Flusso explains more about this latest breakthrough for the flow sensing market and what customers think of it:

Q. What motivated Flusso to develop the FLS122?
A. The original requirements came from customer discussions about the FLS110. Some applications, such as wind speed measurement and flow measurement inside server chassis, were difficult to address with the FLS110 due to the negligible pressure drop through the systems, which is often just a few Pascals.

We realised that by changing the flow path geometry across the sensing element we could achieve a larger signal for the same pressure drop across the sensor. This would allow the FLS122 to measure flow in systems even with only a minimal change in static pressure.

Q. What’s unique about it?
A. The ‘tunnel lid’ geometry allows the FLS122 to be integrated into a system to measure flow or air velocity without needing a flow fixture. This reduces the integration effort and also allows it to be positioned within systems where installing a flow fixture would be impractical.

Just like the FLS110, the flexibility of calibration means the FLS122 can report flow or air velocity in almost any unit following suitable calibration. Even when it’s uncalibrated the sensor can provide a linearised output proportional to air velocity, which is more than sufficient for tracking changes in system performance against a baseline.

Q. What are customers saying?
A. We got lots of positive feedback when we demonstrated an FLS122 prototype at Sensor + Test. Most people commented on the sensitivity of the sensor to even the smallest changes in air velocity: for example just moving a hand close to the inlet or outlet of the duct creates a small reduction in flow that can be detected. In fact one customer even suggested using the FLS122 for “gesture control”!

Q. It sounds like Sensor + Test was a great success.
A. Yes, it was a superb event for us from a business development perspective. And good to see so many companies and customers returning to the show after the disruption of the last couple of years. We all felt there was probably less new technology being presented than might be expected in a normal year, but that helped Flusso’s new FLS122 to stand out even more which is no bad thing!

Hopefully this show and Sensors Converge in June will mark a return to the strong pace of innovation that makes this space so exciting to be a part of. 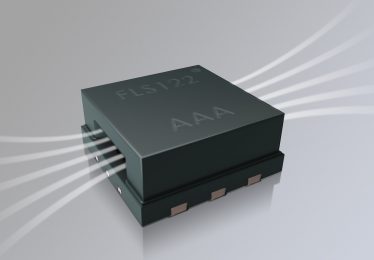 Flusso’s new FLS122 air velocity sensor has been specifically developed to enable board-mounted air velocity measurement for thermal management and filter monitoring in some of the most space-constrained and challenging environments.

Target applications include data centres and gaming PCs, as well as consumer appliances such as HVAC, air purifiers and vacuum cleaners.

The FLS122 has a footprint of just 3.5 x 3.5 mm, making it 80% smaller than today’s smallest competitive device. It’s also being supplied complete with sensor firmware, an evaluation kit, a software development kit and a full package of other application engineering support.

The FLS122 has been designed to support bi-directional flow sensing and to provide real-time temperature and air speed measurement of up to 20 metres per second. Several customers have already said the FLS122 will allow them to replace multiple temperature sensors on their PCBs, leading to improved system performance coupled with reductions in system and manufacturing cost.

Please click the link below to request product samples today. 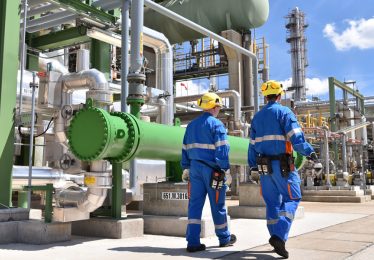 The new battery-power detector uses an air sampling pump together with gas sensors to monitor a worker’s exposure to toxic chemicals. The sampling pump has a sampling tube, which can typically extend up to 30 metres for use in monitoring air remotely, and a filter at its air inlet to protect against moisture and particle ingress.

The FLS110 has been extensively tested by the customer to verify its performance and its resistance to potentially extreme environmental challenges, such as dust and liquids, before being integrated into the product’s air sampling system. The sensor’s low power, ultra-small footprint and its accurate temperature sensing feature were three of the key deciding factors for integrating it into a battery-powered instrument that fits in the palm of your hand.

The FLS110 provides an accurate and real-time flow reading to constantly monitor the air filter’s condition. It then triggers a user alarm if the filter needs to be changed. To help further boost user safety, the flow measurement also allows a real time calculation of the time required to make an accurate gas concentration reading when it’s being used with a long sampling tube. 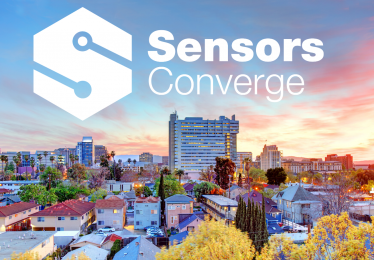 If you’re off to Sensors Converge 2022 in San Jose, California – from Monday 27 to Wednesday 29 June – then we’ll see you there.

Flusso will be on booth 1024 showcasing our very latest breakthrough for the flow sensing market: the FLS122, the world’s smallest air velocity sensor.

The FLS122 has a footprint of just 3.5 x 3.5 mm, it’s unbelievably small. But come along to our booth and you’ll be able to see our unique scaled-up models showing just how much sensing technology we’ve managed to pack inside that tiny package.

Our sensor experts will also be on hand to answer any questions you’ve got at the event. But if you want to discuss any projects before Sensors Converge then please use the link below to get in touch. 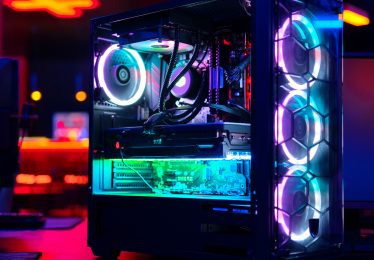 Applications
Have you visited our new Flusso room yet?

If you’re involved in the server or gaming PC market, you’ll know just how important it is to keep everything running cool.

Flusso’s new FLS122 air velocity sensor has been specifically designed for thermal management applications. So we’ve brought all our technical information relating to the FLS122 and this challenging application together into a new online room. We’ll also be posting new content onto the page as soon as it becomes available. 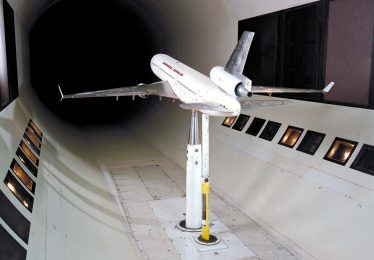 Did you know the world’s largest wind tunnel can accommodate a full-size Boeing 737 fuselage mounted in its cavernous test section?

The tunnel at the NASA Ames Research Centre in Silicon Valley, California is a huge 425 m long with a test section 36 m wide and 25m high, and is one of NASA’s 42 wind tunnels used routinely for aerodynamic research and development.

But when it comes to air speeds, it’s China that leads the world.

China’s new JF-22 high-speed wind tunnel, being built near Beijing and due for completion this year, will be capable of simulating flying conditions at around 30 times the speed of sound. Making it invaluable in the development of hypersonic aircraft and for testing vehicles used for satellite deployment.

But whether they are built for size or for speed, wind tunnels are essentially ‘large tubes with air blowing through them’. They’re designed to use ducts to accelerate and smooth air flows and to provide the same air speed across the entire test area.

Flusso’s recently launched FLS122 air velocity sensor uses exactly the same aerodynamic principles as a wind tunnel but on a different scale. In fact with its measurements of 3.5 x 3.5 x 1.5 mm you could fit 20 trillion FLS122 sensors inside the super-sized Ames Center wind tunnel!

The FLS122 has a specially-designed ‘tunnel lid’ that accelerates and smooths the air flow across the sensor’s surface to significantly increase its sensitivity. It’s a unique design that’s allowed Flusso to achieve another world first in the flow sensing market.

Image details/credit: the photo above shows the test section in one of the pressure wind tunnels at the Ames Research Centre. NASA on The Commons.

Please select your industry sector to ensure future communication is relevant to you.